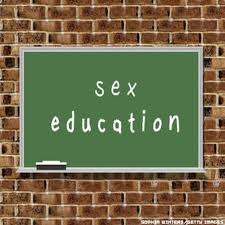 Since the teachers have figured out how to teach your kid everything so well that they have raised the national average of High School graduates to 100%, the politicians have decided to have them include sex ed as a requirement into the school systems because our kids are just book smart. Apparently they are too stupid to know what to do when alone with the opposite sex. And since the kids all know everything about math and spelling and science, we can’t have Billy fumbling around with a bra hook like a toddler opening a fruit snack.

So the teacher will sit the class down and explain the birds and bees. She’ll explain how the HooHoo goes int the HooHaa and then if it’s within the three day window a mass will start to form when the eggs are introduced to sperm.

“Doesn’t that turn into a baby?”

“Well, there’s no clear proof of that.”

“Then why did you tell us about the HooHoo and the HooHaa and the eggs and stuff?”

“Well that’s how you have sex and reproduce.”

“No, it’s not a baby, because next week we are going to learn how to have abortions, and we don’t condone baby killing.”

“We aren’t killing babies, it’s just a mass of cells. There is no proof of life at that stage, or the following 9 months.”

“So then sex doesn’t make babies?”

“Why are you teaching us about sex ed if you don’t know?”

“When you are older you will understand a little something called reproductive rights. Until then, sex may or may not eventually make a baby. Now open your evolution books. We can’t prove that babies exist as they grow in a belly, but we can prove that your ancestors were either a monkey or a fish.”